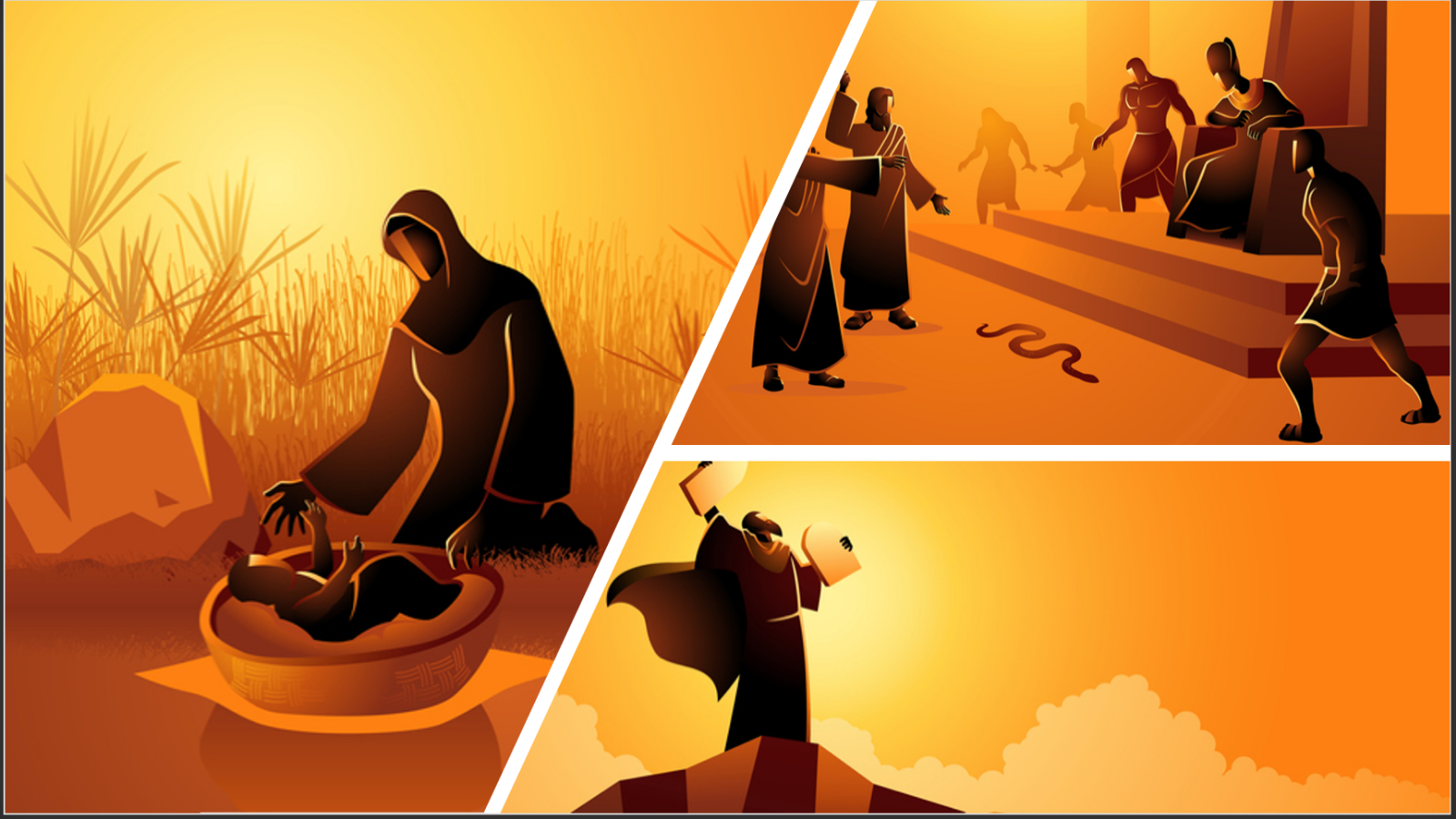 Moses, leader of the Hebrew exodus from Egypt, keeps cropping up in my conversations with people trying to understand the Three Turns of the Executive Leader. It isn't a faith conversation so much as an example of someone who lived all Three Turns. Whether Jewish, Christian, agnostic, or completely secular, the chronicle of Moses' Turns is so starkly evident that people who intend to be accomplished leaders are unwise to ignore it.
______
Turn One - Protector of the Hebrews as a Prince, then forced to flee and become a shepherd.  He was prominent for a time, yes, and apparently famous, and then not successful - tied to his inability to govern himself. His deeper formation came after fleeing to the desert rather than living inside palace halls of power.
Turn Two - Rescuer of the Hebrews as a Prophet, then guiding the Hebrews through that same wilderness where he had spent long years. He became vision caster, law bringer, and judge to a forming nation of people. His deeper formation came as he learned to have faith in a vision and then to delegate and provide opportunity for others, rather than doing it all himself.
After his father-in-law, Jethro, counseled him to raise up other leaders, sedition came. Political rebellion erupted. The Hebrews broke their covenant with their rescuing God, choosing to worship the golden-calf god of their own fashioning. And yet, in the middle of this chaos Moses was able to identify other leaders like Caleb and Joshua, leaders who would help during those difficult times and long into the future. Joshua eventually became Moses' successor.
Turn Three - Pointer to a Promised Land, seeing that land but not entering. His time was now spent offering Joshua counsel as well as continuing to write and teach the law. Moses' direct influence with people starts to diminish while his legacy and longer historic reach begins to grow, touching us even today.
______
Let's be reminded that perfecting skills in Turn One is the calling most people will have for their entire careers. In that First Turn, Artisanship, the challenge is to learn how to expect and support excellent organizational leadership while remaining thoughtful about the welfare of one's descendants.
A few will be called into Turn Two C-suite leadership of an organization and of others. If that is us, we need to live fully into an Artistic vision without leaving self-governance behind. Neither should we forget the importance of the organization's future value beyond our tenure.
Thirdly, exceptional circumstances bring some leaders to the rare opportunity of being a Maestro-level leader. If that is you, you cannot disconnect  from the journey and lessons that brought you to the moment of saying yes to facing into the chaos of a Third Turn as an Executive Leader. You will be pointing to a future where others will go and you will not, even as you prepare them. The Maestro-level leader develops the organization and initiatives that others will run, rather than running the organization that was developed or that they developed for themselves.
Who else, like Moses, might you point to as a brightly-painted example? What are you drawing from their stories? I'd love to hear who you are thinking of!
Connect with me here to begin that conversation.
--mark I. vincent
We've developed three resources for the benefit of Maestro-level leaders.
If you envision a Third-Turn, Maestro-level leadership journey, I'd love to strike up a conversation with you.