Posted by Mark L. Vincent on Apr 26, 2020 7:31:42 AM
Yes, getting "Zoomed out” is a thing.
Zooming out used to be the domain of a mindfulness coach or a photographer. The phrase referred to shifting one's focus —either a person’s perspective or the lens of their camera -- in order to get a larger picture of things.
Now the phrase exists in the domain of businesses, education, and families. Everyone needs to communicate, but they find themselves running out of energy or focus to do so. This phrase, once used to help a person gain a line of sight, now means readiness to take a nap.  What meant gaining insight or outsight, in order to be able to act, now means inability to think. 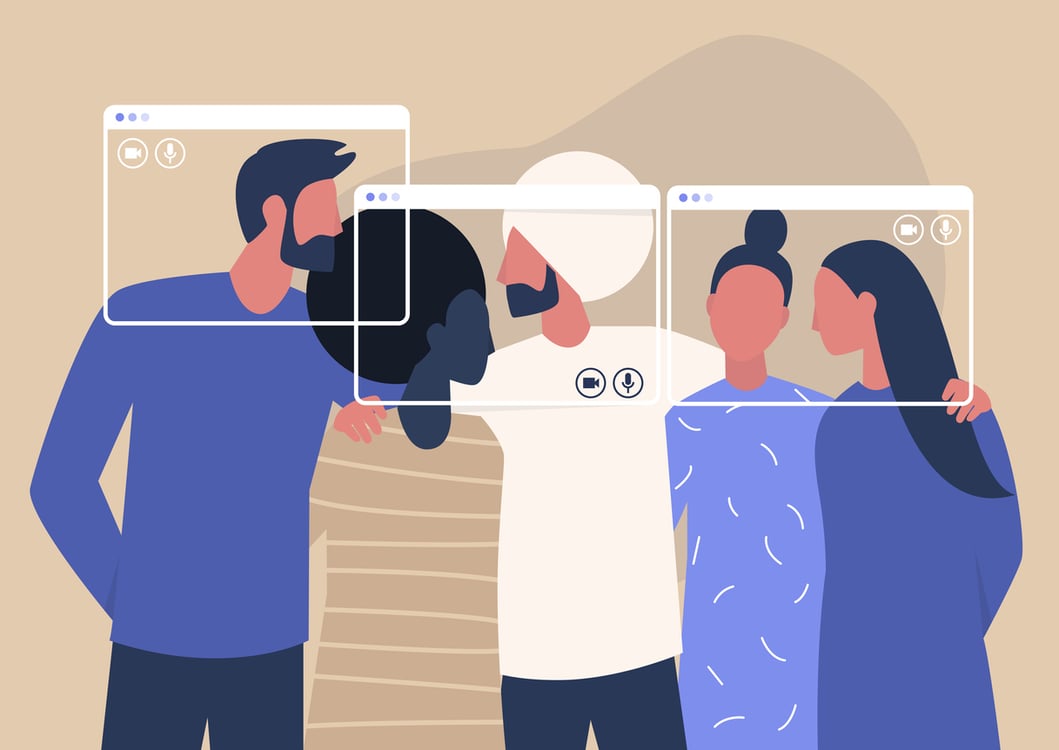 No argument from me about whether getting Zoomed out exists. In fact, it may contribute to the deeper issue in play — especially for executive leaders.
The deeper issue is trauma. I suspect it is the real reason behind the fatigue we are experiencing. In fact, I’m convinced it is.
The organizational leaders I’m talking to are using words and phrases like:
This doesn't just involve the attention adjustments a person has to make in order to relate to people for hours on end via a video screen. It expresses what riding out the pandemic is doing in our bodies. Ethical and committed leaders, who need to take care of themselves and their families, spend hours caring for others also, finding themselves utterly exhausted when they close their laptops. They are more depleted after working from home than they ever were with their commutes and long office days.
Why is this?
Physicians tell us that traumatic and threatening experiences have physiological effects.  Sheltering in place while battling a disease with no known cure, for an unknown duration, with the furthest of reaching effects, qualifies as trauma.  Add to that the constant barrage of intense conversations and emergency decisions around trying to keep a family afloat, and it becomes a sustained and threatening trauma. Now add to that the leadership domain of intense and emergency conversations/decisions about an entire organization and all the people and issues involved, and it becomes high drama attached to the sustained trauma. It cannot help but affect the body.
Bessel Van Der Kolk’s pre-eminent work on trauma healing, “The Body Keeps the Score,” details how we respond to traumatic situations. Each subsequent level of trauma produces its response in our autonomic nervous system . Each level has its own physiological effect.
First, we seek social engagement.  We look for acceptance, sympathy, comfort, friendship, community, and/or aid. Our Ventral Vagus Nerve engages, and we seek assurance that all can return to normal. We want to feel those endorphins.
If that doesn’t work, we flee, or fight, or both. The sympathetic nervous system takes over. Adrenaline rushes in, and we aggressively move toward safety with little thought for anything or anyone else.
If combat or flight do not work,  we freeze. Our metabolism shuts down under instruction from the Dorsal Vagal Complex. We hold our breath and squinch up our eyes. Bowels seek to empty. We collapse.
So, if it really is trauma we are experiencing, and Zoom exhaustion is a surface symptom, what might we do?
Maybe it is not about doing at all. Maybe it is about developing other capacities we have lost.

I already lived through one sustained, all-encompassing trauma in my life and found well-being within and beyond it. Because I found my way to the following admissions, I was able to live beyond the natural exhaustion. I was able to focus, and then to function, and then to do what I could among the loving relationships that surrounded me.
I am helpless.
I am ignorant.
I need to be connected to others in order to live and to live well.
You can’t put that on a resume, but it is a way to healing, and it is a road through and beyond this time of pandemic.
-mark l vincent
Learn consulting as process and transformation rather than product and transaction.
The next process consulting training gets underway in July.