What Freud and Galileo had in common....

The last book written by Sigmund Freud was a collection of this thoughts about Moses and what became the monotheism of the ancient Hebrews.  I won't go there…..

But where I will go is an idea he expresses part way through.  Something new is resisted -- and a generation later it is accepted. He gives several examples.

I'm not one normally to argue with great minds but I found it interesting that there are just as many examples of something new not being accepted and disappearing. Freud seemed blind to them.  Perhaps we can forgive his optimism because his life spent developing psychotherapy largely overlapped with other big ideas such as Darwinism, flight as public transport, Marxist revolution and Jazz music. Still, he overlooks the failures of N-rays, dirigibles, and several approaches to agricultural scaling that are long since abandoned. 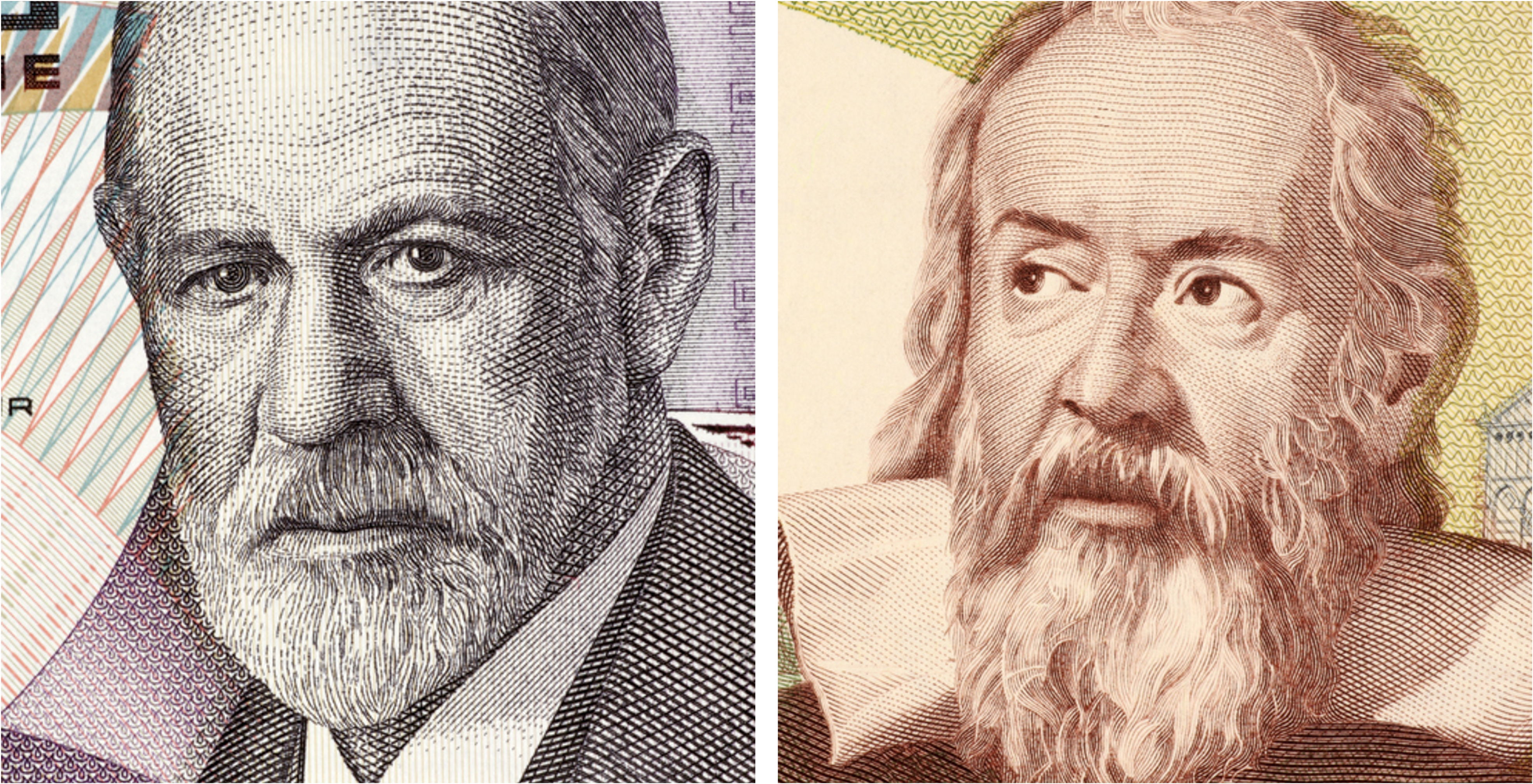 As we pursue the future value needed for an enterprise we intend to endure, there will be both that which is resisted at first and then lives on, and those things that seem so promising yet fail to bring any yield. We cannot expect to know which is which before it emerges out of our diligent and sustained effort to keep moving toward the mission.

Let's use the example of Galileo as the portrait of this approach. He kept pursuing his ideas, including the earth's curvature. He was banished from his home and excommunicated  from the church for the radical (and true) ideas he published.  He was blinded later in life, apparently from staring ever so long into various scopes to see vast distances and things up close. Now, we are all the better for his work. He and we could not have known at the moment of his findings how they would be received and used. And yet he persisted after what is true.

May we be this fearless, and as Galileo was, grounded in data even when others do not yet believe.

Learn more about our support for Maestor-level leaders at www.maestrolevelleaders.com

Post by Mark L. Vincent
February 17, 2022
I walk alongside leaders, listening to understand their challenges, and helping them lead healthy organizations that flourish.