Truth be told, even after several decades of Silicon Valley leading the way, and an incredible amount of research demonstrating the power of teams and an empowered work force, the majority of organizations are stuck in the authoritarian model of old (especially manufacturing), or even more stuck in the hyper-democratic models that tried to offer a correction in the last half of the 20th century (especially charities and denominational bodies).

Further thoughts on The Golden Rule and Franchising 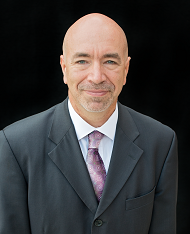 I recently wrote about the Golden Rule and Franchising. A student at Capella University noticed the post in one of the school's LinkedIn pages and wrote a comment.

We are not persnickety. We do not like to tell someone no. Still, there are times "No" is the right response.