One drop of blood serving as a means to many medical test results was revealed as little more than a modern form of alchemy. 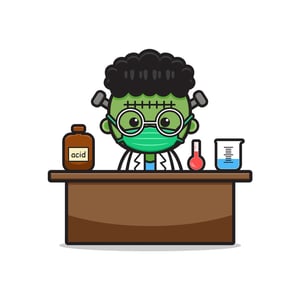 The exposing of Elizabeth Holmes' farce, in cahoots with her secret lover Ramesh Balwani, has become a months-long criminal trial. Jury members are selected and preparing to leave their lives to listen to arguments about why Theranos' false claims of a medical breakthrough were not criminal at all.

Perhaps, as the defense strategy is prepared to argue, Elizabeth Holmes was in emotional bondage to Mr. Balwani. Maybe she was in such thrall she could no longer function by her own will and voice. Perhaps she was just a mental or emotional puppet. For a moment, let's assume all this to be true.

Mental or emotional illness is just one more messy layer accompanying the criminal act, rather than a means to walk away as if nothing happened after saying, "Excuse me, please."

The jury, tasked to listen to both prosecution and defense parse what happened, will be asked to decide whether to punish or absolve. I assume the jury might want to shower each evening to wash off the ethical mess that will cover them each day of the trial. Rather than join them in the court theater, our time is better spent getting back to first principles.

First-principles, you say? Among a long list, here are two:

(1) Be true to self. This principle shows up most often when someone struggles to believe in their potential. The other end of this pendulum, though, is affecting a public persona based on smoke and mirrors: in this case, smoky beauty, and black turtlenecks. Elizabeth Holmes is a real person. Elizabeth Holmes, the CEO of Theranos, was not.

(2) Be true to others. Ancient Judaism provides scads of proverbs about marketplace ethics. For example, one should not place their thumb on the scales when weighing out flour for a customer. At its heart is fair treatment of everyone, including people you do not know, and especially those most vulnerable to mistreatment.

Is there a risk that we will be taken advantage of by those who do not share a commitment to ethical righteousness? With a certainty! Everyone gets mistreated. But, rather than being responsible for others' anguish, the first principled choice is to be someone who reduces anguish. Theranos' falsehoods and knowing failure to deliver on technological hype brought harm and delayed effective treatment to people suffering devastating illnesses.

True to self and true to others staves off any number of criminal complaints coming later and houses of cards collapsing.

Maestro-level leaders is a four-year cohort experience for the most senior and accomplished Third Turn executives who know they have more to do, establishing future leaders, future value, succession, and legacy.

Post by Mark L. Vincent
September 9, 2021
I walk alongside leaders, listening to understand their challenges, and helping them lead healthy organizations that flourish.