Don't show your underwear was a well-worn phrase when business seminars travelled the country teaching professionals how to present with the original PowerPoint software. One's "underwear" showed if they had to tinker with the equipment or the software just prior to or during their presentation. Times have changed enough that some folks consider it fashionable for their underwear to be exposed, but the phrase refers to that unintentional and embarrasing display of one's tighty-whities. Being perceived as less than professional can have devastating and long-term impact on a career or an organization long after the original moment.

How might an organizational leader expose their underwear? Here are 6 mistakes: 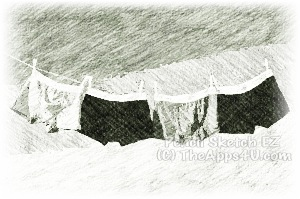 1. Saying the first thing that comes into one's head. This is particularly hard to avoid for extroverts and people who are expected to communicate their competence as a key part of what they do. It is a tough yet helpful mental discipline to edit one's thoughts before speaking. Force yourself to make several observations from which to choose before speaking your first insight when meeting someone new.

An example of this mistake: "I would like you to meet my co-worker Sandy"

Sandy: "My parents lost their home in that hurricane."  (Awkward silence)

Note: People with aversions to social situations have a different struggle here. Rather than showing their underwear, they tend not to be seen at all.

2. Not capturing notes for future reference and the development of relationships. Anyone who manages a case load of customers, clients, vendors, or donors struggles with this. Meeting people is what fills the bank coffers so it can seem hindering to stop and make notes, especially when there are so many others to talk to. The problem arises downstream when information hastily put together or altogether lost hinders the next conversation you or a coworker has with the person with whom you want to intersect. If they have to say "I told you this already" your underwear is showing.

3. Winging it. We want to believe we are competent. We want to believe that because we achieved a certain status or level of experience we are entitled not to prepare for our leadership role so rigorously. So, we say what we know and what we think we know as if they are the same thing. We launch into our patented speeches and try to find a stream of thought that relates to the actual subject after our mouth motor is running. We assert ourselves more loudly and firmly if we think we will be challenged by someone who is snot-nosed and fresh from the academy, and who is certain to know more than we give them credit for. Our underwear shows in such moments and anyone younger and newer is in a position to see it. We aren't going to hear about it because we have already demonstrated we aren't listening.

4. Locking into a model. We have patterns of thinking and acting that serve us well. In some ways these models are the underwear. We developed them because we were in a mode of successfully figuring out long-standing problems and navigating significant obstacles. Even if we are not conscious of it we tend to trust our models and continue using them, not realizing that it was the process of figuring it out that helped us succeed, not the solution itself. Locking into a model makes once vital organizations tired. It also makes it difficult for once successful organizational leaders to succeed in new roles elsewhere.

5. Flying a personal flag. This is about the toughest judgment call leaders face. It is appropriate to be passionate about causes related to the mission of the organization. It is appropriate to aspire to the highest ethical values. And yet, doing it in such a way that cuts off discourse, excludes others from participating or shows the narrowness of our thinking, harms both ourselves and the organization we serve. We don't want to be colorless, formless uncommitted enigmas, but the bigger risk is getting slotted in others' minds because of something we've said or done that had little to no relevance to the mission of the organization and which became an obstacle to building relationships. Reining it in usually works better than letting our underwear hang out.

6. And yes, not mastering technology. Some of us will never be tech savvy. But savvy is a far cry from mastery. Savvy means a person knows how to do the work. Mastery means a person knows how to make the work perform for them. Someone good at baking might not ever be savvy with hand tools but they can master the work of keeping their house in excellent condition by baking pies and breads for friends and family who know how to make repairs. This kind of trade-off helps us master technology too. Those of us with experience and access to networks of relationships can provide needed career-advancing doorways for those able to help us with what we cannot do well on our own but need to do well for the sake of our organization. Technology is one such arena that causes much embarassment for senior leaders because they are entirely too self-reliant and isolated from those who should be their team. Our underwear shows when we don't use the best tools and best people available.

Articulating these six mistakes might raise a question in the minds of some. Does not letting your underwear show develop a secretive organizational culture--especially where whistle-blowing is concerned? What we are aiming for with this blog post is a more reflective, others-centered way of leading, not one that squelches communication. Whistle-blowers aren't pointing to underwear but something that missed the toilet. Those who are responsible for the mess are stepping around it as if it isn't there. And that, my friends, is a whole 'nother matter. 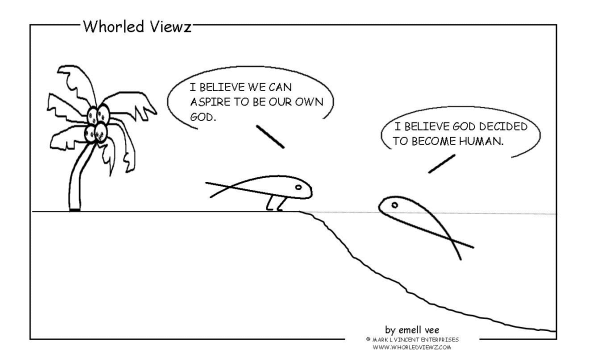