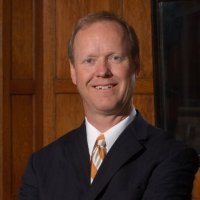 A year ago several of us went through this training with Kent as Christian Leadership Alliance launched this initiative. A year later groups exist in Atlanta, Colorado Springs, Dallas and Milwaukee. If all goes well at least that many more groups will be launched during the next year.

Leading one of these teams, along with the Convene team I run for business owners and CEOs, has convinced me more than ever that peer-based advising offers a significant value proposition for its participants.

In today's training, we invited the trainees to identify what they considered the value to be--the reason executives would participate, seeing it as an investment rather than merely a training expense.  Here are some items from their list:

I came away from today's training more convinced than ever of the power of peer-based advising among executives, now with a 60+ history that got underway with TEC. It was an honor to be part of the process of developing future facilitators--especially for nonprofit executive peer-advising teams.