The Steward Leader and the Challenge of Nontraditional Funding

The following is a presentation made this past week at the Christian Leadership Alliance's Conference in Dallas, TX. It was part of a summit on Steward Leadership. Portions of what you will find below include input from summit participants.

I am not a a CFO, nor an accountant. I am a strategist. My life is spent developing organizations and the leaders who serve them. So, any thoughts about the challenge of non-traditional funding models tie to this perspective—what we might call perspective of the whole. With respect for the importance of technical detail in any form, we too easily get lost in them and cannot see larger systems and their interrelationships for which the leader is responsible.

Here, then, is a set of questions to help you engage this material. Armed with these questions, you can foster conversations within your organizations to spread understanding.

Before going further, let's ask what a TRADITIONAL funding model includes. Think especially of elements that are crowded or threatened or perhaps even bettered by non-traditional means.

Here are answers supplied by participants in the session:

So, what would you identify as a NON-TRADITIONAL manner of funding? Think especially about what you are trying or incorporating that feels non-traditional to you.

Here are answers supplied by participants in the session:

1.THE ELEMENT OF NOT UNDERSTANDING A FISCAL ECOSYSTEM.

We know associational systems as franchises, chapters, congregations, federations, joint ventures, etc., all in relationship to HQ,  regional/national offices, and/or under a common brand. The economic life of an associational system is networked and partnered under some level of informal or formal agreement, perhaps a franchising agreement or license to use some intellectual property in a certain way. How to strategize, measure and report on the economy of an associational system is beyond the ken of most organizations and their leaders. In fact, in our experience, many organizational leaders are completely oblivious to associational dynamics, completely caught off guard when challenges and opportunities arise.

A rather simple, yet eye-opening economic formula can help us:

Put into a sentence form, the economy [E] of an associational system is made up of money the organization controls directly [DC], plus money as managed by related entities it can influence indirectly [II]. Shared payments [SP], have to be deducted, however, so they are not counted twice.

Any entity within an associational system can use this formula to arrive at their [E] measure. It should be noted that often an individual entity within an associational system, such as a chapter, a regional body, or a local congregagation, may enjoy a greater income over which it has direct control than does a national office which offers the franchise or licensing agreement.

We could call this measure [E] an organization’s GNP, at least in a quick and dirty, back of the envelope. I prefer to call it an ecosystem. In fact, I’d like to suggest even more strongly that every organization exists within an ecosystem. Few leaders can describe it, however, and fewer still see themselves as its steward. This leads to many organizations willing to benefit from an ecosystem, without wanting to contribute to it. Everyone wants the eggs coming from the golden goose. Almost no one wants to be the gooseherd.

Direct Control is the money your organization controls. Indirect influence is the money available to sub-entities and partner entities who manage their own fiscal affairs. Shared Payments are money that you distribute to each other or pool together in
partnership. Do you know your [E]? Do you know how it is trending over time? Does it affect your strategy in any way? Does it help you get more creative and see additional possibilities you could not see before?

In order to begin making anything useful out of identifying the [E], fiscal understanding in general needs to be in place. It is difficult to move to thinking about and being a steward of an ecosystem if a leader or an organization is confused about fiscal matters in general. How can new or non-traditional patterns for funding be anything but a greater mess until the basics are in place and understood? We consistently run into these widespread confusions:

Armed with this information, let’s include a diagram that comes even more directly at this lack of understanding.

We form partnerships this way:

We need to do it this way:

In the first, more common, method, organizations come together to do something purposeful but continue on as before. Within days of inking a deal, they begin adding ballast to their organizational performance by tracking and debating who is doing their fair share. They wrestle over and over about terminology in the operating agreement and try to renegotiate the partnership. Effectiveness falls. The mission doesn't succeed. They add 1 + 1 and get 1.2.

In the second, less common, method, organizations come together to give life to something that lives on its own, joining them in the ecosystem. They give their gifts and release them. They are thorough in their planning and build toward accomplishing the joint mission after the partnership is formed, rather than making the mistake of thinking that inking the deal is the end of the matter.

2. THE ELEMENT OF A THEOLOGICAL UNDERPINNING FOR FUNDING IN GENERAL

Here are three scripture texts to help us reflect on non-traditional forms of funding and thinking about funding. These stories are ancient. The fact they are ancient, and yet, seem to touch on nontraditional funding, should give us permission to consider what feels like new frames of expansionary thinking for raising and distributing resources.

3.  THE ELEMENT OF SOCIO-POLITICAL CHANGE


This element holds some of the greatest familiarity among organizational leaders. There are countless workshops on how societal trends affect funding. Almost everyone has at least discussed how Millennials affect giving trends, now and in the future.

Here are some socio-political changes that affect funding patterns as identified by participants in the session:

4.  THE ELEMENT OF BEING THE STEWARD OF AN ECOSYSTEM 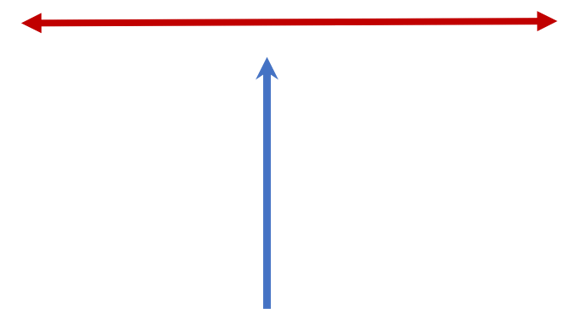 The blue line roughly represents how someone rises to arrive at executive leadership. Even if they have opportunity to connect to and understand disciplines other than their own, it is their specific expertise and command of their arena that propels them upward.

Once in executive leadership, it tends to become a well to which the leader returns, repeatedly, in order to manage complexity. This is a major mistake. They are not going to succeed because they are in expert in something. That expertise quickly fades because they can no longer give it the attention they once did now that they hold executive responsibility.  They are going to succeed only if they realize it was their capacity to learn that contributed to their expertise, and now they must learn a new job. The new job does not move them vertically. Instead, they must now function by expanding horizontally, as an underpinning to the whole of the organization, a place where all the vertical lines begin their ascent. They are not going to be an expert on very much beyond how it all works together, the biggest possible picture, and, again, only if they are willing to be the chief student.

This horizontal line does not just include the organization, but all the adjacent relationships within the ecosystem(s) where they participate.

Some leaders might respond with thoughts of this being too hard, or that it gives them even more to do than the much to do they have already. Let me conclude by arguing.

If we change how we see the resource-raising scnearios we face, whether traditional or non; if we change how to frame the issues we find; and, if we change how we choose to respond to them, we don't have to carry the "much to do" list with us. Instead, we have a completely different to-do list, one that is formed differently, one that is better refined, more intentional, more committed to embed learning in the organization for generations beyond our tenure, and more aware that the mission is something we get to participate in as stewards, rather than something that belongs to us and exists for our glory.

Post by Mark L. Vincent
April 10, 2017
I walk alongside leaders, listening to understand their challenges, and helping them lead healthy organizations that flourish.