The Second Turn of the Executive Leader 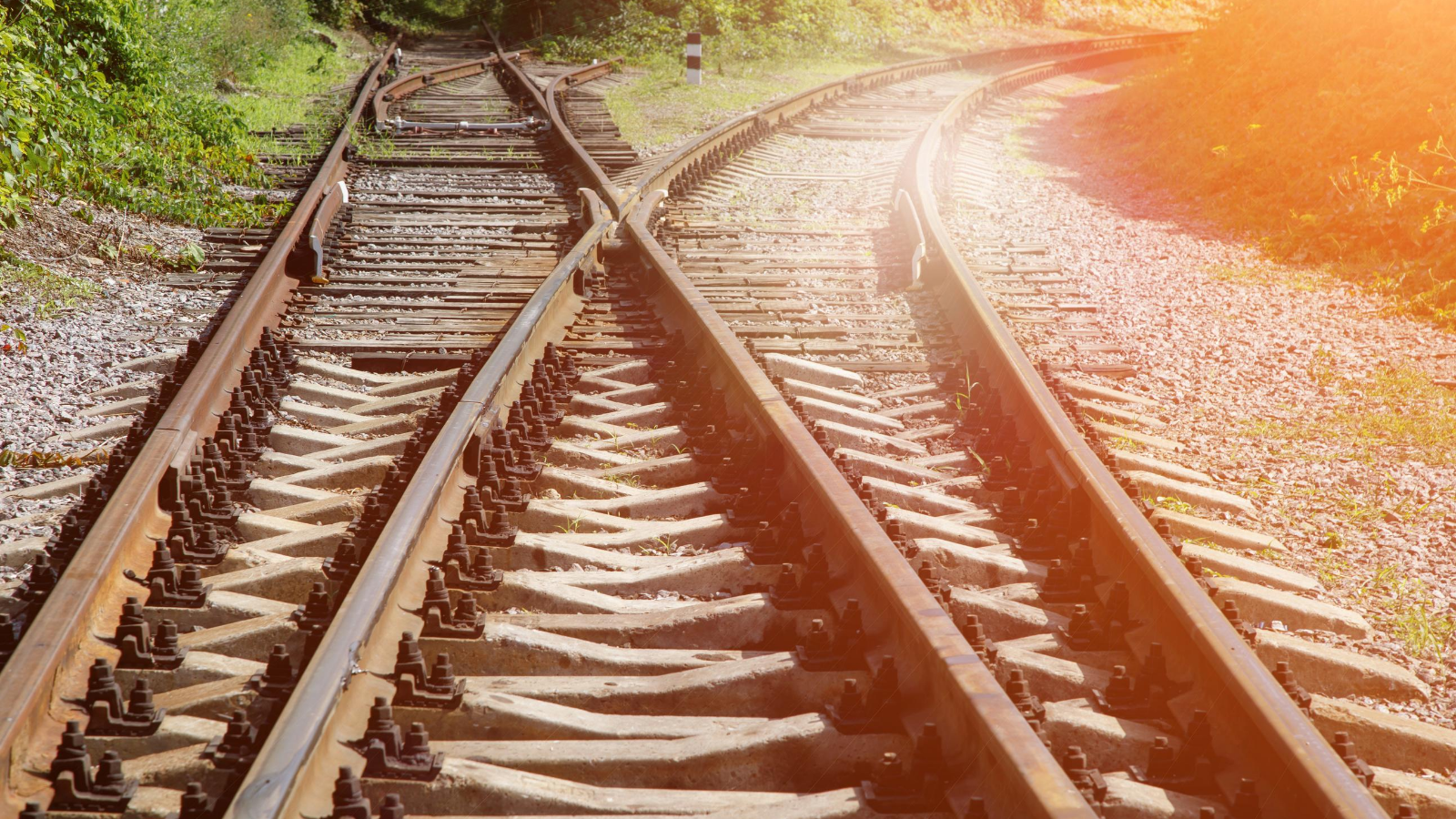 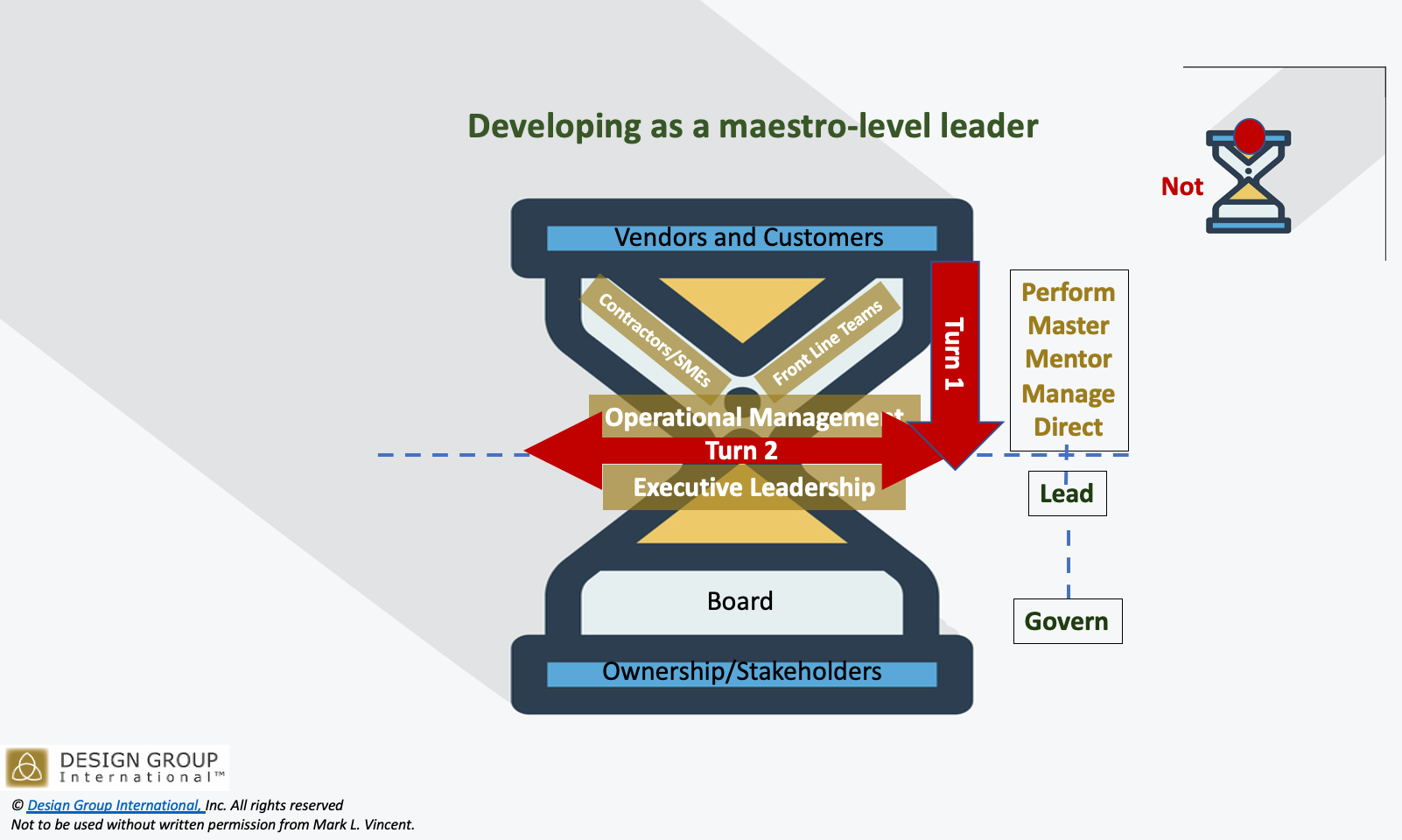 Maestro-level Leaders, a  Design Group International initiative,  identifies three turns in an Executive Leader’s development.
This is NOT:
Each turn provides fulfillment in its own right. We can find people in each turn who are heroic in their leadership, and we can find people who are not figuring it out.
Each turn provides its own hurdles for the leader to overcome as they develop personal and organizational capacity. *
Turn Two is about the leadership of others within an organization.


Turn Two  can be likened to becoming an Artist.  While the Turn One Artisan is the excellent crafter of the previously established pattern, the Turn Two Leader moves to artistry — bringing their own vision to the craftsmanship and inviting others to bring artisanship to the vision the artist holds. A successful Turn Two Leader demonstrates that they can run things in new ways with increasing capacity, doing so with people who can be trusted not to break things. Excellence is seen in the organization’s increased ability to deliver on the promise of its mission.
Please note that the arrow for Turn Two runs horizontally, and increasingly so. As mentioned, rather than "rising" to the head of the organization, A Turn Two Leader supports the organization in all its verticals, including those in which they have little or no expertise.
Corporate culture makes it easy to believe that a leader must be god-like in power and must control the message about their infinite competence. Underlying this is the mistaken understanding that promotes such a person in the first place — that because they were competent in leading a department, they are ready to lead a whole enterprise by simply doing more of the same. Too many Turn Two Leaders are hired under this false pretense, and too many take their C-suite position believing this is the chief requirement of them. The result seldom delivers on the promise, leading to short tenure in the C-Suite, big payouts to make someone go away, and decimated businesses.
There is a difference between leading out of previous experience and leading out of learning competence!
Learning brings a person through Turn One. Learning while doing what is right and good is the chief resource for the Turn Two Executive Leader.
[Watch this brief video from David Maister if you would like a reminder of life-long learning.]
An Executive Leader in Turn Two learns to bring out the highest and best in their people while navigating toward a compelling mission with a clear vision, within the boundaries of guiding values. All business disciplines are drawn on as operational excellence is defined, built, managed, reported on, evaluated, and adjusted. At this level of Artistry, some will see their career reach its peak. They will have a deeply satisfying life, enjoying the accomplishments of their team, year in and year out, making them valuable to the ownership they serve. Others will grow beyond this capacity development of people and the organization in which they work, able to look to a longer horizon, perhaps able to reach out to future value from yet-unknown possibilities, perhaps leaving a longer and deeper legacy as they plan for succession and the welfare of their grandchildren’s grandchildren.
Again, this is a progression of responsibility and possibility, not necessarily a desired destination — and certainly not for everyone.  A person in the Second Turn moves beyond just learning to developing the operational excellence of an organization and its people as their own excellence deepens. If they still wish to grow as a leader, the ability to develop organizational capacity needs to become a re-entry into entrepreneurial space with intention to lead toward legacy and future value. As they do this, they leave big parts of organizational and people development under the stewardship of people they themselves developed in order to reach for that future value.
Turn Three begins here.
-mark l vincent
*Basic description of these three turns is on the Maestro-level leaders landing page, as well as on the Third Turn Podcast,