My fingers repeatedly hovered over my keyboard and I repeatedly walked away before starting this blog post. Why could I not get started when I had so many thoughts on this ? Finally, I stopped pacing, breathed, and asked myself what was going on my body. I quickly realized  that  this was personal. I am not merely sharing information or perspective on succession. This is not what needs to be known but what needs to be cared about.

The subject?  Jeff Immelt's recent book on his journey as Jack Welch's successor and GE's subsequent massive loss of value.

The upshot:  Jack Welch, the predecessor, was perhaps the most famous CEO ever, growing  GE 70-fold to a market capitalization of $600 billion, the largest global company at the time.  He was able to retire and pick his successor. Jeff Immelt, the successor, guided GE through 9/11, the recession of 2008-9, and on into increased globalization, with $500 billion of value melting away in the last twenty years.  He was nudged out of his role in 2018.

Should a company remain large and keep growing when passing from a long-established and successful CEO to the stewardship of a successor?
Should the same standard of measurement be used from CEO to another?
Is the Market the true and final standard of success? Really?

NO, on all counts. Stock price, annual revenue and earnings, and market growth are some measures but they say nothing about human value, sustainability, mission-fulfillment, or the flourishing of the world.  The book reviews and the interviews I've listened to now that the book is published do not touch these measures. Neither does the book. The conversation is about the money and not the meaning. It's about the failed deals, not the dealings. When we dig into stories like these we keep missing the point, and we all too often miss the point when we are planning our own way into and beyond our own Third Turns in executive leadership.

We are only just now making any form of allowance for the cost of carbon. We don't yet have a standardized across-industries way for organizations to track the reduction of future costs by how the organization is stewarded now. It is rare, even now, to find an organization that leads with a report on mission/vision/strategy fulfillment as the way to understand its financials. Even if that "mission" is maximized shareholder value, reports rarely lead with it. These are balance sheet items -- either handicapping our successors and their successors because they are overlooked, or empowering them with possibility and hope because they continuously keep the focus in front of everyone.

Perhaps this can be made more plain:  What got us here is not necessarily what will take us to the next place. The recipe is never perfect and never permanent.  Mr. Immelt abandoned parts of what widely became known as the GE way, and he kicks himself for it (not hiring/firing quickly enough). Parts of the GE way also got in Immelt's way, and it still gets talked about (having a second jet on standby while pursuing acquisitions across the globe).  It's not that he and his team didn't try to figure it out once things began to break. It's that he was and remains pretty sure about what was needed and what explains what happened. Hence, the book.

But it goes deeper than this. What got GE there was figuring something out. What increased them further was still figuring it out. Their twenty-year atrophy might be excused by 9/11 and several other tragic and extenuating circumstances.  But from this point of view, they are new items that have to be included in the ongoing figuring it out, expanding and contracting according to mission rather than pursuing growth for its own consumptive, destructive sake.

So, why is this personal?  It isn't so much that I'm now a Founder of organizations (Design Group International, Society for Process Consulting) where there are strong and successful successors. It's more that I was in the CEO chair across the same timespan as Immelt was. We took the posture of figuring it out rather than merely acquiring more or holding on to what we had.  We chose to measure missional use of money rather than money without regard to mission. We planned with contractions, expansions, successes, and heartaches in mind. Recessions, 9/11, and market dynamics affected us also. Now we are living through a pandemic, and I'm watching successors lead us in figuring it out yet again, rather than just trying to ride unthinkingly into the future on the horse of the past. We remain prepared to close or to remain open, to expand or contract, and to do so with the mission in mind.

GE isn't done. Something of it will remain. And whatever remains, if it is to chart a new, successful course, will come from the continued striving to learn, not from the continued and tired executive comp comparison posturing that keep postponing the need for clean water and air, and from the ability of employees to be lifelong learners rather than lifelong inputs for the golden parachutes of others.

I'd love to talk with you about a Maestro-level leaders cohort.
We also invite your listening to the Third Turn Podcast. 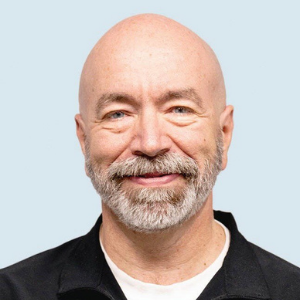