In the middle of the federal-level crazy we are experiencing here in the U.S. I've nearly completed the reading of Nan Shepherd's brief essays on her lifetime in the Cairngorms. She wrote "The Living Mountain" during World War Two. It was rejected by her publisher, and the manuscript sat until she decided to attempt its publication once more in the late 1970's, just before she died. Upon publication, it was quickly recognized as a classic. The Guardian called it "the finest book ever written on nature and landscape in Britain!" 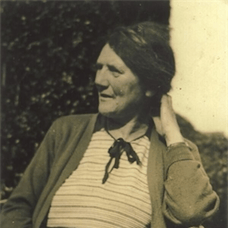 This slim volume is so beautifully written - and because I have hiked in the Cairngorms, I was transported back. Her words create the world she loved so clearly. She also offers carefully chosen wisdom that contrasts with the current violence in our political theatre.
The further I read, the more often I put the book down to muse on how Nan Shepherd's life followed the Three Turns of Leadership. She herself points it out  at the end of her essays: when she first started walking it was to gratify her desire (Turn One), and then to care for the mountain itself (Turn Two), and finally to enlarge this thing that she has come to know so intimately (Turn Three).
Turn One
Artisan - Nan began trekking with an ambition to reach the Cairngorm summits. Others completed these trails before her. Others would follow in her footsteps, in part because of her.
Turn Two
Artist - Nan had a creative vision to know the mountains intimately and to capture their portrait in text. This meant maneuvering across the mountains' cantilevered sculpting, walking up the crevices. standing still underneath granite overhangs, and plunging into icy pools. She walked barefoot on heather, sleeping rough and facing into the severe winds. She had to walk where others had not walked, in ways they had not walked, and greater distances over time, all while inviting us to walk with her and benefit from her impressions.
Turn Three
Maestro - In time, and with even more miles on her legs, Nan came to understand that this work was not just a creative outpouring to be published. It was needed wisdom at a time that the Cairngorms (and other environmental gems) were being harmed by commercial development, perhaps irreparably. The long delay in publication gave time for the manuscript to age well and mean more. No longer was it her next beautiful work after the novels she had written. Now it was a powerful reminder of what was being lost and what could remain - if we so choose. Her original memoir became an appeal to what really matters. Now those who read her work look ahead every bit as much as hearken back, whereas before they would just have enjoyed how beautifully she wrote.
______
Writing about Nan, I'm drawn back to the accounts of former presidents.

Teddy Roosevelt used his years after presidency to trace the Amazon River at its source.

George Washington retired at the height of popularity and acclaim. His firmness about retiring when he did was as important as anything else he may have done by way of example.
These are Third Turn Leaders. Broken and flawed, yes, but striving to make the world better.
Every Third Turn Leader wasting the opportunity to create legacy for all of our grandchildren's grandchildren, including the elected officials who have sold their souls to self-aggrandizement ahead of public service, can learn from these heartening examples.
--mark I. vincent
Learn more about the Third Turn of Executive Leadership at www.maestrolevelleaders.com
Our next cohort is just about to begin!