Do you have 5 years of patience?

Posted by Mark L. Vincent on Jan 2, 2019 3:09:00 PM
A question I frequently ask CEOs is whether the ownership/board and C-Suite executives have five years of patience.
This is because I’m usually engaged in a conversation they initiated about working through major, disruptive or transformational change.
Change at this depth usually takes: 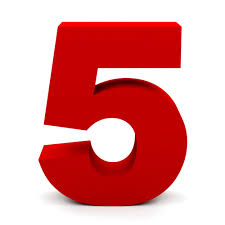 There is a lot of resistance to the notion that it takes five years to foster needed and lasting change in an established organization. CEOs are tempted to think they or their company is the exception. They think their level of experience, the force of their will, or the demands of a changing marketplace make them different than others who proceed more thoroughly and deliberately. They too often close their minds to the care and detail it takes to implement major change and make it stick.
Can major change go faster than five years? Under unique circumstances, perhaps. However, the CEO might grow by also understanding change will likely go more slowly than they prefer. Regardless of the time change takes, fast or slow, leadership craftsmanship requires focused attention for a sustained period of time. Fast or slow, there are no shortcuts.
Do you and the leadership alongside you have this length and depth of attention span to foster and implement major change? If the answer is something other than yes, your alarm bells should be ringing.
When I ask the question and the answer is anything other than yes, I like to turn the conversation to how they would like to use the next 1-2 years to create the awareness of the need to change and to build the desire to change.
Patient and sustained attention is a leadership virtue, distinguishing management of what is from movement toward what needs to be.