Business and the NFL

With uncertainty and disruption being the new norm in business while planning horizons are getting shorter, business is starting to look like the typical situation on any given Sunday in the NFL. Winning football teams tend to be those most successful at managing the constant barrage of disruptors and the unforeseen. In this article, I’m suggesting that football understands how to succeed in spite of disruption in a way that makes just as dramatic a difference when applied in a business or nonprofit.

How can leadership learn to better anticipate what will happen? That’s the wrong question. Black swans and many other forms of disruption are not foreseeable. When risk arises and things go contrary to plan, it throws doubt on our assumptions that are running in the background.

The typical response is to try to figure out what went wrong with the plan and make corrections. Imagine if, in the NFL, when something unforeseen happened the whole team stopped, with the ball still live, and huddled to figure out what went wrong with the play. No, that happens Monday off the field. On Sunday, the team accepts that, for the moment, their assumptions about the play are blown up and they respond to the situation on the field to create the most favorable outcome possible. They work together to find the response that allows continued progress toward the goal. Likewise, a key to corporate nimbleness is not to immediately focus on what may be wrong with the plan or try to get better at predicting the unpredictable, but to focus on how to create more crisis-tolerant systems.

In football, the opposition does everything in its power to create crises and an endless supply of black swans, especially for the quarterback. Take a look at the YouTube clip. Is there anything we can learn from football that might help us in the corporate (or nonprofit) world?

I believe there is game-changing value for companies and nonprofits alike if we can learn to adopt the same approach to prescribing and proscribing as pro football. Let’s analyze the relationship between the prescriptive and the proscriptive in the sport, and then compare to business.

Business and football are similar in that they both involve a great deal of prescribing. The goal of the game, like goals in business, is prescribed. Like company BHAGs (big hairy audacious goals), they don’t change. The goal is always to take the ball into the end zone and score. No matter how close to the plan or how totally disrupted a given game may be, the prescribed goal will be the same next week. This is analogous to the mission/vision of a company or a nonprofit. It stays pretty much the same over time, and it is prescriptive in nature.

Consider the playbook. It, too, is prescriptive in nature. The playbook consists of scores of miniature strategic plans. They are taken onto the field in the minds (or wrist computers) of the players. Coaches remind and tweak from the sidelines. As long as there are no serious disruptions, the playbook controls play in the same way the strategic plans and project management systematically drive company performance. But here is where the important difference between football and business becomes visible. In football, as soon as a play is disrupted, the players begin to scramble and try to produce a gain similar to or greater than that of the planned play — and they do it a much greater percentage of the time than occurs in business. What makes this possible? It’s the proscriptive part.

Let’s look at two other features of the football game situation: the rulebook and the boundaries. These two elements are proscriptive. While the playbook says what the players should do, the rulebook and boundaries primarily define what they must not do. They describe what is unacceptable and the penalties attached to each violation. The boundaries are also proscriptive. They define when play must stop and players must not continue to pursue the goal.

The change process is not complicated, nor does it require monetary investment. It can, however, require a paradigm shift.

Here is the key lesson for business: Prescribing the unchanging (relatively speaking) and proscribing what is unacceptable empower an area of preapproved action — as long as it pursues the goal and does not violate a boundary or rule previously proscribed. The team is invited to make changes and recalibrations in response to the factors on the field at the moment. The day after the game is for evaluation and adjustments to be made to the plan, if necessary.

I find that failing organizations are driven to try prescribing more and more. The sense of control is addicting, even though it eliminates nimbleness and drives engagement into the ground. Great coaches know that they have to invest fully in their players, building each one to the optimum level, and rally everyone around the same unchanging goals. During the game, when the plan gets disrupted, the new plan is to react to the situation and find a new way to pursue the goal while staying in bounds.

Begin With the Board

While the benefit of creating an area of pre-approved play works for business in general, it is extremely important for any board-driven company or nonprofit. This process must begin with the board. Although some boards do not feel they have much impact on the success of operations, I have never seen a company achieve the nimbleness and the second-effort success of a football team without their board learning to create and maintain the field for the executive director and staff.

The change process is not complicated, nor does it require monetary investment. It can, however, require a paradigm shift. Making the shift is worth it, no matter what the challenge, because organizations increasingly face something they were not prepared for, something that challenges assumptions. Having the nimbleness that comes with a balance between prescribing and proscribing can make the difference between a loss and a big score. 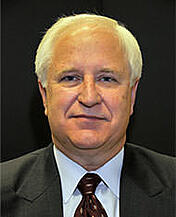 Dr. Randal Dick is a results-driven, development and execution-oriented leader with more than 25 years’ experience leading high performance teams. He’s a proven business professional, capable of leading change in both the boardroom and on the frontline, with a strong track record leading strategy development, entrepreneurship, performance and evaluation globally across a variety of social enterprises and functions.