In the online classes I teach on executive leadership, we often discuss paradoxes leaders must embrace. A discussion that sometimes emerges is whether there is a difference between tension and  paradox. I think there is.

Tension is when two items exert pressure, apparently pushing at the same thing from both directions. Both are important. Both must be understood and acted upon in order to have business both today and tomorrow. One gives way to the other and then back again. Tension can be profound and feel paradoxical, but it isn't a paradox. Tension is managed.

A paradox is two items that stand in conflict, apparently  pulling apart from one another. Both are important. Both most be understood and acted upon in order to have business both today and tomorrow. Yet, choosing one I abandon the other. Addressing the other I turn away from the one. There is a parallel track rather than an intersecting point. I cannot manage paradox. I have to embrace its existence.

The difference is that with tension the leader tries to find the middle, the balance, the path where both sides of the tension are recognized and valued (i.e. left and right brained thinking). With a paradox, it is more complicated. There is no balanced, compromised position. Both parts of the paradox are true, could be exercised fully, but likely cannot (e.g. two highly qualified candidates for the same job, the other of which will likely be hired by a competitor).

Let's use a paradox (a leader's need to communicate/and knowledge they cannot communicate fully) as an example.

A leader needs to communicate or followers cannot know what is expected. But, to communicate is to increase the possibilities of being misunderstood or of someone not hearing the message. This creates feedback loops and multiple communication streams that consume energy that would otherwise be used in accomplishing the mission. The leader communicates in order to be understood but finds that the act of communicating increases incidences of misunderstanding and the need to clear them up. The alternative is to not communicate at all and watch the organization disintegrate.

There is no middle path here, no tension to resolve. It is not both/and. It is a dynamic that never goes away and which the leader must embrace. Communicate and have to deal with misconstrued and misunderstood messages, no matter how clearly they were formulated and presented. Don't communicate in order to avoid being misunderstood and other messages fill the void. Failure comes on many levels. Failure will always be present with success (ooops another paradox).

The leader must understand that paradox goes with the territory. It is one of the burdens. Therefore, excellent leaders who choose to communicate do so believing that even with the drag on productivity there is a corresponding increase when they patiently, persistently craft and broadcast the message. Their 1,000th time saying something might be the 1st time someone finally gets it even though someone new gets it wrong.

Tensions and paradoxes might not seem all that different so let me try it one more way. With a tension I try to become good at both. At least I acknowledge their importance. With a paradox, I will choose one knowing that the other persistently pulls on me and cannot be fully addressed. Whatever I choose there is an accompanying burden to embrace because I embraced leadership. 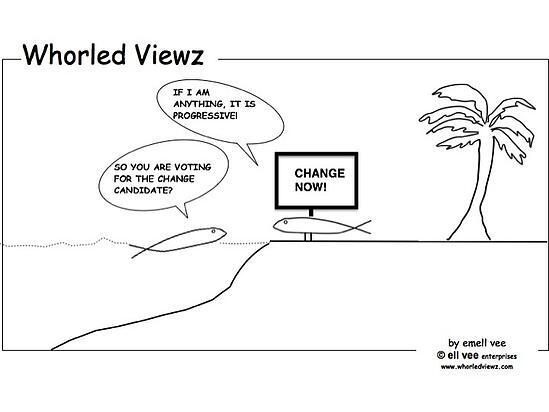