With apologies to and appreciation for Edwin Friedman, here is a leadership fable of my own:

Six friends stood by a large picture window looking out over a snowy back yard. All of them 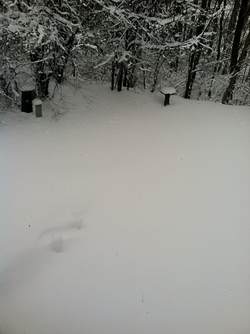 were neighbors living on the same cul de sac, having been invited over for coffee after a heavy snow fall. Surveying the scene, the host made the following comment: There is some bird seed in the garage. It would be a good thing to traipse down through the snow to scatter some of it around the bird bath for the birds who live in those woods.

One friend was so annoyed by the comment that he spurted his coffee back into his cup, setting it back on the saucer with an audible clack. Feed the birds!  What birds? I don’t see any birds! What a waste of time and seed that would be. Let the birds find their own food! Besides, the only ones that would come, if they came at all, would be scavengers, undesirables. They wouldn’t be pretty. They wouldn’t have beautiful songs. What even possesses you to think of such a thing?

Before the shocked host could respond, a second neighbor chimed in. If the birds come that is fine, what I object to is calling that basin down there a bird bath. Obviously, there is no water in it so it cannot be a bath. And, even it did have water in it it’s too cold to stay unfrozen, so there isn’t any point in calling it a bird bath.  Call it a lawn monument or ornament or something more accurate.

The host found his exasperated voice. The point is not whether it is a bird bath or not. The point is bird seed for birds! And even though you can’t see any at the moment. They are there. Chikadees,  sparrows, a great number of cardinals, even some robins. I’ve seen them I tell you. I often hear them sing.

A third friend slipped her arm into her hosts’. Oh, don’t listen to them, she said. They are blowhards. The real problem here is that I know you really can’t afford to keep spending your money on birdseed as well as provide for your own family. Isn’t it more important to have food on your own table, have the college savings account for your children established, your estate plans in place, and your annual vacation funded before you even think of taking care of the birds of the air?  We care about you, you know, and we hate to see you waste your money in this way. You need to care for your own family first!

The host pulled away in order to look at his friend, but before he could say a word, the next friend spoke up, a quirky neighbor who wore shorts and a Hawaiian shirt no matter the season. I want to point out that you are far too well educated to call that snow or to think that you have to “traipse” through it, he said.  It’s only water in a frozen state. Educated people can recognize it for what it is and deny its power over them. It’s all a state of mind I say.  Myself, I live in Florida wherever I am and however it is outside. If you take command of your perspective there is so much more joy in life.

The host set his coffee cup down and faced his friends. I am stunned that you have these objections, he said. It’s just a little bird seed for a few birds. It adds beauty to my back yard and I find joy in doing so, just as the birds find care from my hospitality in the midst of a cruel world and a cruel season.

The remaining friend said well, count me out. There’s no way I am going out there! I bundled up enough to come across the street for this coffee because I didn’t want to be the only neighbor who didn’t come.  I’m just now warming up and that downward slope is hazardous.  Actually, I’m kind of shocked that you asked to do this!

The host crossed his arms below the pattern on the top part of his red and white sweater, then dropped them to his sides, having decided not to say the first several items that came to his mind.  Excuse me a moment was all he said. Everyone nodded politely and turned back to look outside over the falling snow and sip their coffee.

A moment later they saw their host in coat, hat, boots and mittens, carrying his bucket of seed.

Listen to this fable in audio

1. What stories came to mind from your own experience as you read this fable?

2. What did you feel as you read this fable and why?

3. What parallels to organizational dynamics do you notice beyond those as you named when answering 1,2?

4. What leader/follower dynamics can you identify in this fable?

5. The host has a definitive response at the end. What do you think about his choice? What else might have been done to redeem the moment? 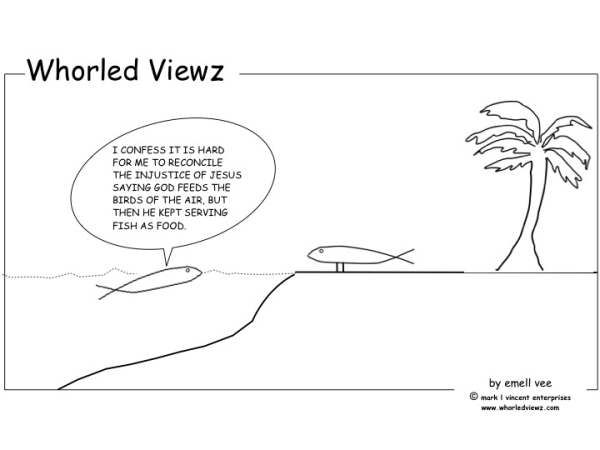