A recent pointed exchange prompts this blog. Perhaps the strongest advocate for change in an organization was already sandbagging the very thing they had repeatedly called for--just as it was getting off the ground. Inquiries into what they would find satisfactory and patient explanations were of no help. It quickly became clear that this person's response was not rooted in logic but was the same tape recorder playing the old message in what is becoming a new environment.

We have witnessed this repeatedly, particularly in organizations primarily defined by community and strong volunteerism. It is also deeply engrained in family business, and organizations where the founding entrepreneur remains at the helm.

A wise maxim is appropriate here: Some people demand to ask their questions but are not interested in the answers. Others want to enforce answers without asking any questions.

This division between questions and answers is becoming deeply embedded in our culture. Consider the two extremes of interpreting the U.S. constitution. One view expects strict, literal unchanging enforcement of what is written. The other view expects it to be a document of occasional reference in the middle of changing culture. It is an oracle for one and a museum piece for another.

This division ruins marriage as spouses disagree over what their vows mean, destroys enterprise as mission is blindly enforced or abandoned, and causes clash beteween generations as each questions the experience of the other and wants to remain unchallenged in their personal choices.

The organizational leader who understands this plays the advocate for imagination. Those who might demand to ask their questions might experience the challenge to imagine as mere enforcement of what they think is useless. Those who demand the continuance of answers and constructs they prefer might think the invitation to imagine is yet another challenge to their status quo. They are right in part, but only just in part. The invitation to imagine the why of something's existence and the how the values behind it might be lived in the future is not a choice between questions and answers, but their fusion into the disruptive discourse that innovates and changes the course of events for everyone, not just the losers of a culture, business or family war. 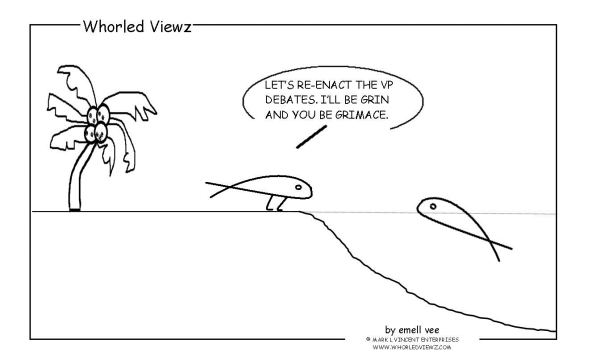