I was recently asked a new question--new in my consulting experience anyway. Has your organizational development firm ever been fired?

The answer is yes.

The first time happened when a savvy client dismissed us before the end of the project, but not until after most of the work was completed. They had figured out that by dimissing us at just that moment would result in a completed project at considerable savings. This was because our expense to deliver the service was mostly at the front end, but they were paying over time. The at will dismissal clause in our Agremeent was exercised by them before we recovered our cost, which not only meant being fired, but that we provided the service to our financial harm. Our explanation that this clause was intended for their protection should our service be dissatisfactory (which they readily admitted was not the case) was to no avail.

Lesson learned! We changed the wording of our standard Agreement.

Making the change was a great help to us when the second firing took place. With this client, we had completed two of three major initiatives we were contracted to assist. As the third stage was getting underway several key leaders resigned and the new ones viewed our ongoing service as fiscal baggage connected to a previous administration. They bought us out and went their way.

Writing this post reminds me of two more stories. We were not fired per se, but the projects we were contracted for ended abruptly. In the first of these, key leaders suddenly and harmfully abanded the organization at a critical moment, and the organization closed its doors. In the second, a re-constituted board refused to follow through on the determinations of the previous board which had hired us even though they had already paid us for the work.

All in all, after more than twenty years of consulting personally, and eleven years of developing Design Group International in which we have served hundreds of businesses, nonprofits and minsitry organizations, this is a decent track record. But this post is not about defending the record. Rather, it is to identify two lessons learned.

(1) Organizational insitiatives of all types--internally led or externally constructed--become tentative, threatened with extinction even when leadership changes at the top. Steward Leaders take note! Those working under your leadership have good reason to be worried that their efforts will be discarded. This is not to say that all initiatives should go on as is and never be questioned. A change at the top may be the best time to make such changes which might otherwise be notoriously hard to kill. But it is a moment of particular importance in people care--especially in building a loyal team who will make heroic effort to fulfill organizational mission.

(2) Mishandling termination of any type burns bridges. Because of the way each of these scenarios ended, it is almost unimaginable that we could ever work together again. It would be too embarrassing for them to return to us and ask for a proposal. Instead, they will seek to source future contracted work elsewhere. Even if we were asked to serve their organization again, our wariness alarm would ring and we would be unlikely to agree without full payment up front. It is sad to see relationship equity and intellectual property burnt up and discarded in this way.

Out of these experiences we are a stronger firm, more committed than ever to tell the truth, bring our projects to completion with excellence, and to treat our client relationships as the treasure they are while remaining savvy enough with those who use and discard resources without thought for the future, so that we will be here heping organizations develop for years to come.

Want to know more about the Design Group International approach? Click on the free resource below. 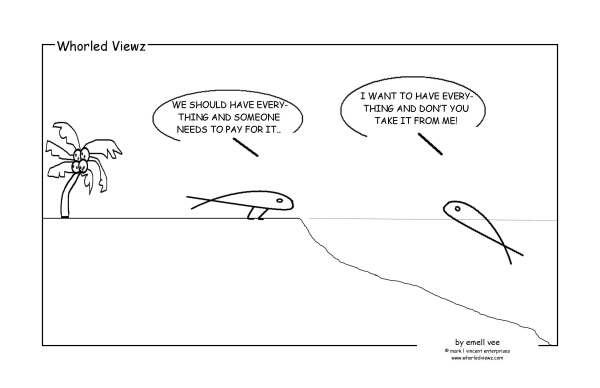