What are you over-the-top passionate about?

You’ll go out of your way to spend time engaging on this topic. You could talk all day about it. Maybe your topic is travel to national parks, native plant gardening, combating mental health stigma, promoting breastfeeding, or running the next 5K. 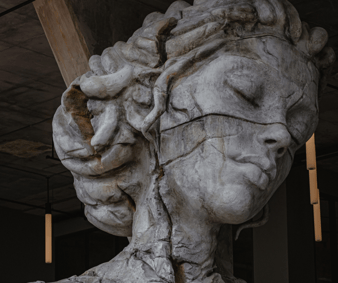 For me, it's racial equity. I know, I know, as a white woman, stating this and blogging about it runs the risk of uber-virtue signaling. Yet, I come back to it over and over. It’s my responsibility, sharing my learning and unlearning, how it impacts and transforms me as a human, a leader, a coach, a friend, and a mom. It’s a privilege to opt-into learning about racial inequity instead of experiencing it every day.

Before we dive in, I’d like to pause for an invitation, particularly if you are white. In light of our national polarization in the US, the topic of Leadership + Critical Race Theory may be hard to read, cause you stress or anxiety, elicit discomfort, may be seen as inflammatory, and may make you want to throw your phone or computer across the room. That is real. I’m in the bullseye regularly by white folks attempting to silence this discourse on race. I feel fear too. I share this not to center myself or coddle us. I want to be transparent with you. We need more tools to engage effectively regarding racial inequity. CRT is key.

As I learn, make mistakes, relearn and unlearn, I write about what I’m learning and hope it sparks something for you too.

Critical race theory can be difficult to understand. It’s dangerous when seen simplistically or incorrectly. Clarity is crucial, and digging into its complexity provides richness, depth, and action toward liberation.

Since 2010 I’ve been an avid student of critical race theory (CRT). It’s my framework. It has changed my life, my relationships, my understanding of organizational change and development, and my life’s calling.

CRT can be defined in the following ways:

"a collection of activists and scholars interested in studying and transforming the relationship among race, racism, and power."
- Richard Delgado and Jean Stefanicic

Please note that activists and scholars define CRT more effectively and more eloquently than I. Please read and reference their work here, here, here, here, and here. I intend to elevate their work, not to speak over it; please critique my impact.

Critical race theory's tenets have guided me to better understand race in the United States, including enculturation into the dominant narratives whiteness, rugged individualism and meritocracy. The law isn’t race-neutral. Although race is a social construct with no biological basis, it has life and death consequences daily for Black people and People of Color. In my attempt to understand and apply critical race theory, I’ve been pushed, challenged, supported, and taught to see what was previously unseen to me. I’ve learned more about racial inequity in relationship with Black people and People of Color than any theoretical framework alone could provide. When 75% of white people have no friends of color, this lived-experience divide is vast. How can we see each other if we aren’t in relationship?

The cost of not applying the principles of CRT is increased racism and racial inequity.

Leadership in 2022 and beyond requires a deep understanding of critical race theory. 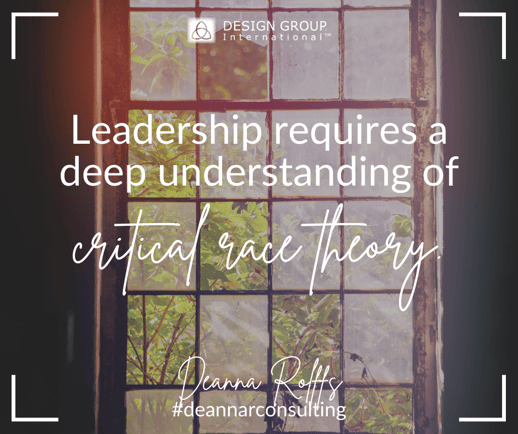 Why is this an integral topic for all leaders and not just relegated to political space?

To be clear, I am not attempting to refute the pop-political bastardization of the theoretical framework of critical race theory. My hope is that leaders everywhere know what critical race theory truly is and understand how its core concepts can be applied to bring about racial justice and liberation.

I envision a world in which leaders that care deeply about impacting a more equitable world truly understand critical race theory and apply it to our work in leading organizations.

The five components of critical race theory are:

"First, race is not fundamentally or essentially a matter of biology, but rather a social construct. While physical features and geographic origin play a part in making up what we think of as race, societies often make up the rest of what we think of as race. For instance, 19th- and early-20th-century scientists and politicians frequently described people of color as intellectually or morally inferior and used those false descriptions to justify oppression and discrimination.

Second, these racial views have been codified into the nation's foundational documents and legal system. For evidence of that, look no further than the "Three-Fifths Compromise" in the Constitution, whereby slaves, denied the right to vote, were nonetheless treated as part of the population for increasing congressional representation of slave-holding states.

Third, given the pervasiveness of racism in our legal system and institutions, racism is not aberrant [abnormal] but a normal part of life.

Fourth, multiple elements, such as race and gender, can lead to compounded discrimination that lacks the civil rights protections given to the individual, protected categories. For example, Crenshaw has forcibly argued that there is a lack of legal protection for Black women as a category. The courts have treated Black women as Black, or women, but not both in discrimination cases – even though they may have experienced discrimination because they were both

Finally, critical race theorists are interested not just in studying the law and systems of racism, but in changing them for the better." (Source: David Miguel Grey) 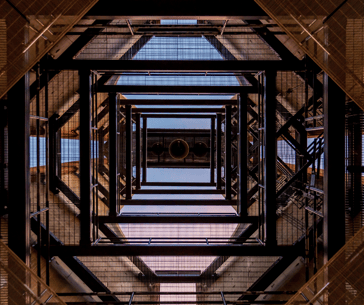 Imagine the result if we applied these components in our nonprofits, higher education institutions, and governmental entities.

It would change everything.

Oppressive systems would be transformed to embody true justice and liberation.

Applying critical race theory would help us understand that

we are all "swimming in the waters of white supremacy culture. We are all navigating this culture, regardless of our racial identity." - Tema Okun, White Supremacy Culture

I bear witness to many of you seeking to transform spaces to embody justice and belonging, where our anti-racist commitments bear real, demonstrable change without hollow lip service of public statements and selfies at Black Lives Matter rallies.

Let's not be blind to this reality: critical race theory is threatening because it could bring about liberation. I remain realistically optimistic that racial justice is a real possibility even in light of daily evidence to the contrary.

Love is the fuel. Liberation is the goal.

How would you see critical race theory's application changing your life, relationships, or organization? I'd love to hear your thoughts.

Fellow leaders and learners, I wish you courage and resilience for the journey.

What I’m Reading/Watching/Listening to:

Post by Deanna Rolffs
May 25, 2022
Deanna Rolffs is a strategist, facilitator, coach, systems thinker, and consultant that has worked with executive leaders and teams for more than twenty years, the last ten focused on the intersection of organizational theory, leadership development, justice, and equity. Her process consulting approach focuses on organizational transformation via thriving teams, brave leadership, equitable systems, and inclusive communities. With a personal and professional dedication to justice and equity, Deanna supports leadership and teams of all sizes, in all sectors. Deanna served as a Senior Consultant with Design Group International since 2018 and became a Senior Design Partner in 2021.

Here we grapple with leadership challenges and work to be better humans in this brave, connected, and vulnerable space.